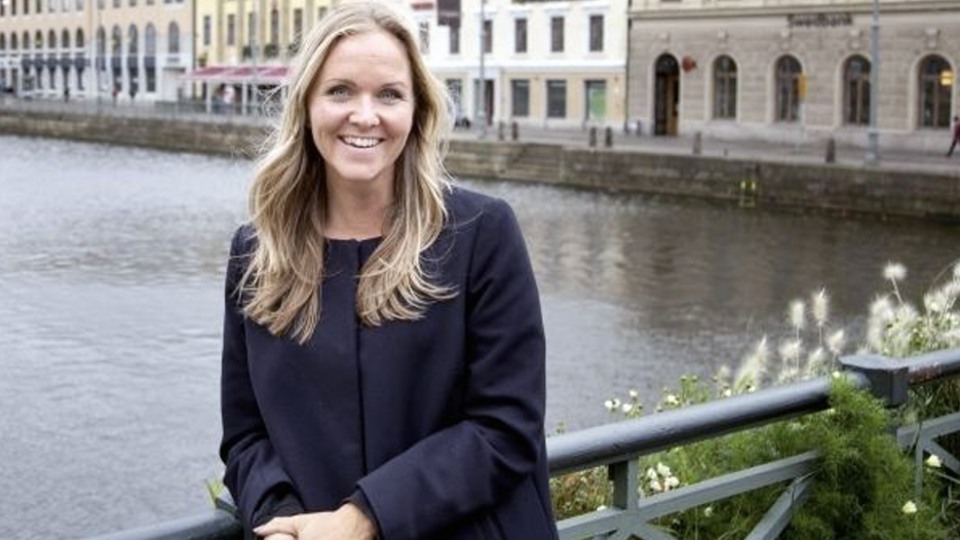 Recycling in the construction industry gives us competitive advantages

The City of Gothenburg's business office works to reduce the business community's climate impact. They joined the IVL Swedish Environmental Institute in a joint project to curb waste streams and increase recycling in the construction industry.

- It is rewarding to work with IVL's experts. They have so much knowledge and real competence in several areas, in urban development, recycling, climate calculations. In addition, they have proven to be good project managers.

This is what Anastazia Kronberg, who is the operations manager for the Gothenburg Climate Partnership at Business Region Gothenburg, says, which is the city's office for business development and whose mission extends throughout the region. The task is to reduce the climate footprint of the Gothenburg region's companies and this will be done in partnership with the city.

The construction industry is responsible for a large climate footprint here, not least through the use of materials and the huge waste streams that the industry generates. These are suspended ceilings, floor mats, windows, doors, bricks, etc. that are not used in renovations and demolition, despite the fact that in some cases the material is not obsolete but could have continued to be used. Approximately 10 million tonnes of waste flows out of construction and civil engineering projects in Sweden every year, only the mining industry is worse in that respect.
- This affects us to the highest degree in our region, which is facing enormous urban development over the next ten years, says Anastazia Kronberg.

An arena for collaboration

The Återbruk Väst (Recycling West) project was created as a continuation of the Vinnova-funded project "Circular product flows in the construction sector - recycling on an industrial scale". One of the results was the digital platform Center for Circular Construction, which aims to facilitate the industry's transition to more circular product flows.

Återbruk Väst builds on the results and takes advantage of opportunities that can be created through local collaboration. IVL Swedish Environmental Institute contacted Chalmersfastigheter and Anastazia Kronberg. She had several companies on lye that could join.
- IVL had a practical approach that I liked. I had the business contacts and also helped to get the city and other public actors such as Johanneberg Science Park.

Återbruk Väst has developed into a lively collaboration arena where property owners, architects, public actors and researchers gather to find methods for scaling up recycling in the construction sector to an industrial level. Because it's about changing an industry, says Carina Loh Lindholm who is a project manager at IVL Swedish Environmental Institute.

- We need to get the players to work and collaborate in a new way, which means that both supply and demand increase for used construction products. To achieve this, the players must see what is possible and what they can gain from it, she says.

Seven case studies have been launched where different methods of recycling are tested and where project participants try to learn from each other. There are various renovation and construction projects that, for example, are about dismantling an exhibition space, recycling bricks and other things from a brick building, a building from the 1940s that is to be demolished. One of the case studies is the construction of a fossil-free preschool. In connection with this, a number of workshops and case study seminars are held.
- We work together and learn together, says Carina Loh Lindholm. We check if the products are relevant, if there are obstacles, hazardous substances, if they have the right quality and functional requirements.

Created a marketplace for recycling

A common problem is being out too late with your inventory, says Carina Loh Lindholm. It requires intermediate storage and it is expensive.
- It is best if there is a next user of the products before disassembly begins.

Already when a demolition or a conversion is on the sketch table, the reuse of building parts must be analyzed and the work itself planned. Recycling can also be facilitated in the design of new buildings. For example, that windows, door frames and other details are screwed on instead of glued.

But there are too few companies working with recycling in the construction sector such as inventory consultants, dismantlers and reconditioners, emphasizes Anastazia Kronberg.
- Today, there are hardly a handful of such companies in our region, she says.

The players in Återbruk Väst have also created an online marketplace where building details are entered and provided with information on environmental data, climate data, estimated economic value and more. It can be described as a kind of Block for building parts that can be reused.

The marketplace is located under the platform Center for Circular Construction. There, architects and builders can see what condition, for example, a door or a suspended ceiling is in and whether it is reasonable to reuse.
- It is open to anyone who has a user account. The goal is to reach a commercial tool, says Anastazia Kronberg.
Because it may not be suitable for reuse in all situations. For example, an older window may mean that it is therefore better to use a state-of-the-art one.

Based on calculations of climate benefit

The climate calculations are another key element in Återbruk Väst. IVL The Swedish Environmental Institute has pursued a method development when it comes to calculating the climate benefits of various measures within recycling. It is a methodological work IVL's experts started earlier but here continued to develop. They are based on the Greenhouse Gas Protocol, which is an established standard for measuring greenhouse gas emissions, here adapted for recycling in the construction industry.

In short, they calculate what a renovation with recycling means in climate impact compared to new production. There is also a work in progress to weigh into secondary climate effects, for example that an older window can make the building require more heating and that a new, state-of-the-art window in that situation can be better.

Återbruk Väst will last until 2021 and in the final report that is planned, the methodology for climate calculations will be presented. For Business Region Gothenburg, the project is part of the work to strengthen the competitiveness of the region's companies.
- We want to create more jobs in the Gothenburg region. Then we need to create competitive advantages and innovative power, says Anastazia Kronberg.

Återbruk Väst is led by IVL Swedish Environmental Institute together with Chalmersfastigheter and Business Region Gothenburg. Other parties are the City of Gothenburg (through the Local Government and the Real Estate Office), the real estate companies Akademiska Hus, Castellum, Klövern and Västfastigheter, the architectural firms Tengbom, White and LINK arkitektur, the technology consultant Bengt Dahlgren and Johanneberg Science Park.

The project has a budget of just over 4 million kroner. It is co-financed by the Västra Götaland region, the Institute for Water and Air Conditioning Research Foundation and the project partners. It runs from March 2019 to May 2021.