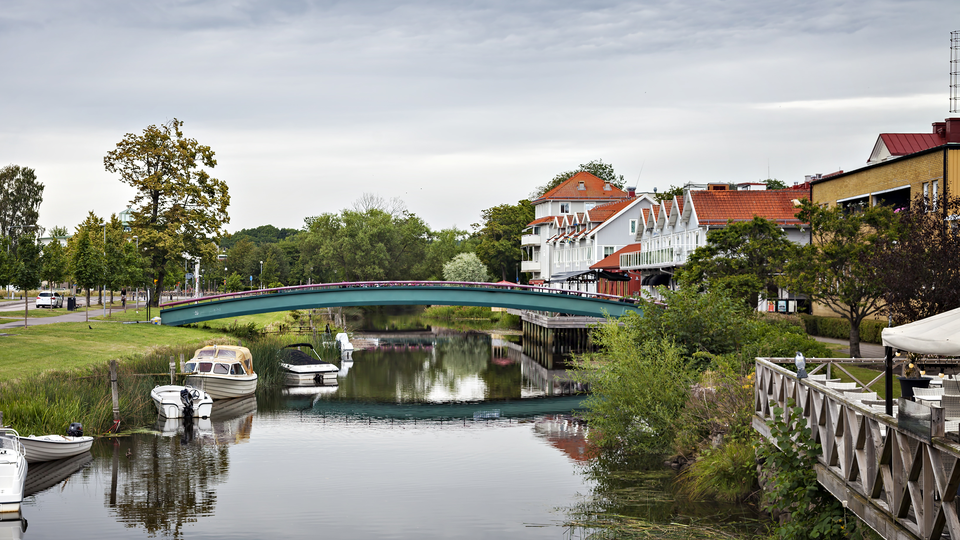 We learned about how to work with new thinking and innovation

Non-profit Eksta Bostads AB in Kungsbacka pursues issues of sustainability and alternative energy sources. Now, together with IVL, the Swedish Environmental Institute wanted to investigate the possibility of the fourth generation of district heating.

Sweden is considered to be at the forefront of utilizing residual heat from district heating. But when it comes to utilizing heat from sources with lower temperatures, from, for example, old mining shafts, public transport or low-temperature processes in industries, Sweden has not been the first on the ball. This does not prevent one of Europe's foremost experts in the field from being Swedish. Her name is Kristina Lygnerud and she works at IVL Swedish Environmental Institute.

- Sweden has settled down after being out early with the first generations of district heating. But now that the step is to be taken from the third generation to the fourth, things are a bit sluggish.

My vision is that cities and residential areas should warm themselves, she says.

Kristina Lygnerud, who divides her time between IVL and Halmstad University, got in touch with Eksta bostäder's CEO Christer Kilersjö during a seminar that the governor of Halland had called. Kristina Lygnerud was one of the speakers.

- The governor thought that Halland needed a better energy strategy. We tried to find concrete projects where we could count on how the new technology would work, she says.

Christer Kilersjö:
- We have collaborated with IVL several times before and have very good experiences of it. Here we saw a chance to test new technology on a smaller scale.

Through a simulation, the project would investigate the possibility of introducing the fourth generation of district heating in new buildings in the Särö residential area in Kungsbacka. Särö has a history as a holiday resort for affluent Gothenburgers, and townhouses and apartment buildings are now being built there by a private property owner and the tenant-owner association, where Eksta is a district heating supplier.

The issue has not been investigated in this way before and it was considered to be of such great public interest that the state via the IVL Foundation went in and accounted for half the project sum, which made it a co-financing project.

Eksta strives to maximize the proportion of renewable energy in its homes and as part of this, the company has made major investments in solar heating. Solar heating in particular is considered particularly suitable in systems with low-temperature district heating.

- We thought it would be great to use solar heat to heat the homes. There is great potential for utilizing fourth-generation technology with solar heating, says Christer Kilersjö.

In addition to Kristina Lygnerud from IVL, who led and coordinated the project, researchers at Halmstad University also participated. The company BG Dahlman was also involved, they have extensive experience of providing technical solutions in the district heating system. For Eksta Bostad, it meant a chance to work closely with qualified researchers.

We learned substantial things, but we also learned more generally how to work with development and innovation. It opens up an approach to trying new things. That the threshold for trying something new will be lower. It makes us a more attractive employer.

With 4GHD, the need for hot water circulation in the house disappears, which can provide large savings. Hot water circulation is used so that the hot water in the pipes does not cool too much, it must be kept warm so that those who want hot water in the tap do not have to flush for several minutes. This inevitably leads to large energy losses. With 4GHD, heat exchangers are installed in each apartment instead, which means energy savings. These apartment exchangers also completely eliminate the risk of legionella bacteria, which is otherwise seen as a problem.

The results showed that 4GHD increases energy efficiency in buildings and is cost-effective, especially in properties with 10-15 apartments. In the case of larger properties, the savings will be smaller or not at all, as it then costs more to install exchangers in each apartment than to have a common exchanger in the ground floor of the house. So it does not seem to be the technology that is the biggest obstacle for a housing company to dare to take the step from the third to the fourth generation of district heating. Instead, the stumbling blocks are laws, agreements between the parties and trust.

Kristina Lygnerud, who is an economist, explains:
- The large district heating companies no longer have full control over the deal. Instead of burning forest waste and other fuel in their own furnaces, it means new ones to get involved in relationships with many small heat suppliers. You get a deep customer relationship that lasts a very long time. Eksta turned out to be open to such and were curious to understand this, says Kristina Lygnerud.

Changing something that still works can be difficult. But by 2050, there will be no fossil sources, the biomass will not be enough and the amounts of waste will be smaller, Kristina Lygnerud emphasizes. Then there is not much choice if you want to work with district heating, she says.

A change is facilitated by the fact that the developer is also a property owner such as Eksta Bostäder. But the company still encountered patrol because the heat is delivered into the apartment.

- We will enter the apartment further in accordance with the contract. Who should handle if there is a leak in the house? And how do we charge for this? There we ended up in trouble, says Christer Kilersjö.

The project was a study and not an implementation project. It was not the fourth generation of district heating on Särö. First, Eksta must find contractual answers to the questions that have arisen.

- We have not come that far yet. Here we wanted to investigate whether it is possible and it is.. But it is on our minds and we have learned a lot about district heating during the project that we benefit from, says Christer Kilersjö.

The co-financing project was led by: Kristina Lygnerud at IVL Swedish Environmental Institute

The report was published by: Energiforsk AB and the project is part of the research program Future Heat.