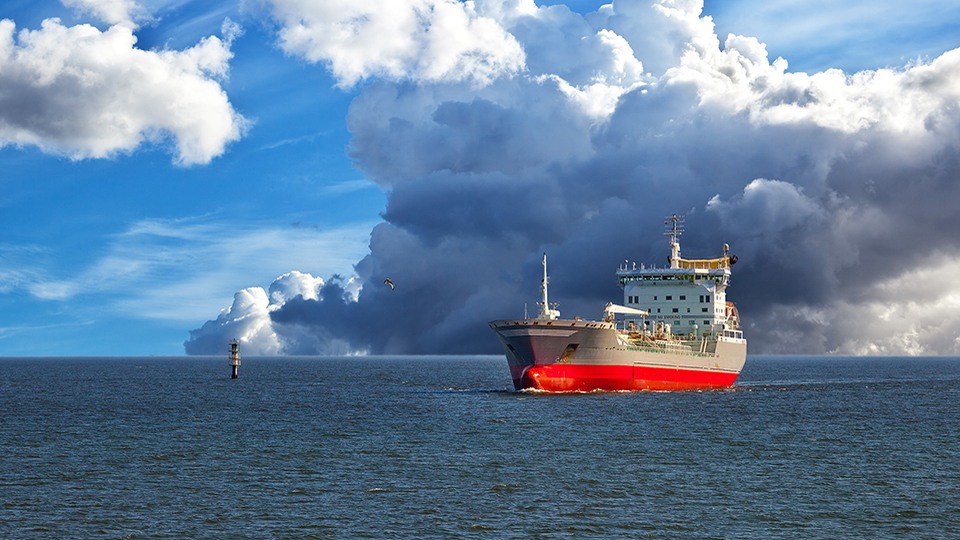 Are mandatory global speed reductions the solution to shipping´s climate emissions problems? This is the focus of a new research study that looks at this from a Swedish perspective. The answer is far from obvious, but findings suggest that the benefits of stringent speed reductions are overestimated. It may be possible to save fuel, but with reductions far below the ship's optimal speed, there´s a risk that fuel consumption may rise.

According to a decision by the International Maritime Organization IMO, shipping ought to halve its greenhouse gas emissions by 2050, compared to 2008 levesl. As ships have a long lifespan, averaging about 25 years, measures must be taken that target both new and existing ships.

– Several proposals for policy instruments indicate that a mandatory speed limit is the only measure that can enable rapid emissions reduction. However, there is concern that this might hamper necessary technical progress and also risks moving freight transport to the roads, says Karl Jivén, researcher at IVL Swedish Environmental Research Institute.

In a study carried out under the Lighthouse collaboration platform, IVL, together with the School of Business, Economics and Law at the University of Gothenburg, has analyzed the effects of the speed reductions proposed for shipping as seen from a Swedish perspective. The study, which analyzes the most relevant proposals based on ten case studies and interviews with Swedish shipping companies, suggests that mandatory speed limits for ships can be a problematic measure when it comes to solving the problems the shipping industry faces in dealing with climate emissions.

– When real ship data is compared with the theoretical studies on which speed limit proposals are based there are often discrepancies. Slowing down ships will undoubtedly result in great fuel savings, especially when you are able to approach the speed for which a ship has been designed. But when speed is reduced too much other factors play an important role. Hulls are not optimized for lower speeds, the engines are forced to work at completely different revolutions and propeller efficiency is degraded, which means that at lower speeds emissions may even increase. Interviews with shipping companies show that this is well known in the industry, but it is not reflected in the models used to estimate the benefits of speed controls, says Karl Jivén.

The study also indicates that mandatory speed reductions may have significant economic and logistical consequences for ship owners and their customers, especially for liner shipping where it becomes difficult to maintain the same service frequency.

Shipping companies point out that in recent years they have already experimented using speed reduction to determine the optimal speed. All those interviewed were therefore negative to the proposal for mandatory speed reductions. Instead, shipping companies want other types of policy instruments to be used to reduce greenhouse gas emissions.

– They would prefer to investigate themselves the measures deemed to be most effective in achieving the reduction in carbon dioxide emissions that is necessary. One proposal that was highlighted as an alternative was a carbon dioxide tax for ships. This was motivated by the fact that this creates financial incentives for reductions in carbon dioxide as well as encouraging investment in new technology and ships, says Catrin Lammgård, researcher at the School of Business, Economics and Law at the University of Gothenburg. She continues:

– Instead of regulating the speed, this alternative is a policy instrument that focuses directly on what needs to be reduced – carbon dioxide. In addition to a carbon dioxide tax, it might be possible to incorporate shipping into the emissions trading system, which is currently being discussed extensively within the EU. Designing such a policy instrument in a way that makes it effective in practice is, however, a challenge. Together with IVL we will investigate this question in another study that we are currently conducting together with World Maritime University.

The issue of speed reduction is not simple, and researchers recommend that more detailed cost and cost calculations are carried out before any mandatory speed reductions are implemented. The calculations need to be based on models that reflect the real change in cost and climate performance when speeds are changed.

This study was funded by the Lighthouse collaborative platform and co-financed by the IVL Foundation.