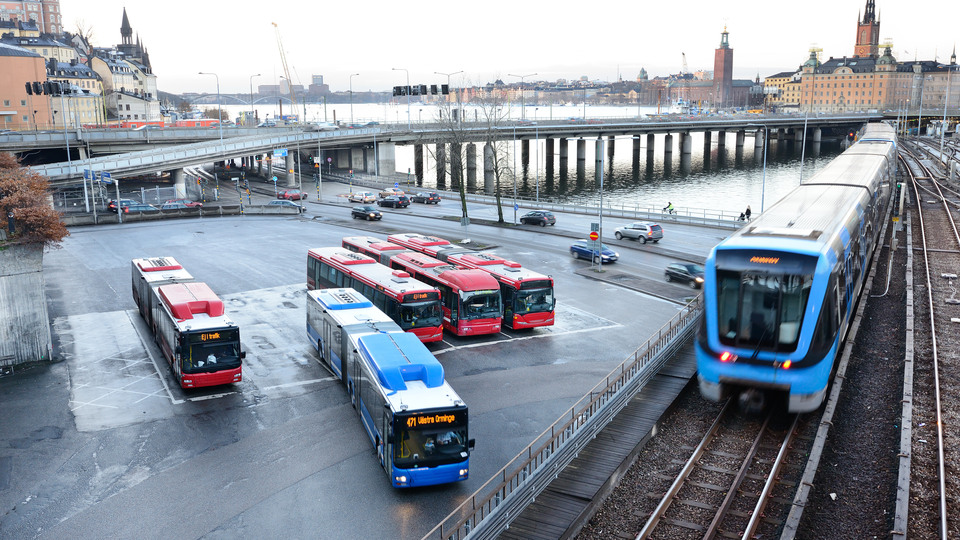 Media reporting affects the cities' conversion from biogas to electricity

Biogas production and use may be displaced or reduced as public transportation systems electrify. The portrayal of biogas and electrification systems in various media, research reports, and public debate contributes largely to current decision making, which can have important implications for regional systems. A recent study by researchers at IVL and Lund University highlight the role of these narratives and the potential implications they have on regional development.

– The portrayal of the benefits of electrification of public transportation may have extensive influence on decision-makers, says the project leader Michael Martin, Senior Researcher at IVL Swedish Environmental Research Institute.

In many cities around Sweden, there is a rapid transition from biogas to electric drive trains for urban bus fleets. The specific case that Michael Martin and his team investigated was based on the narrative that electrification will become the dominant system. As such, they analyzed the environmental and socio-economic implications of a shift from biogas buses to electrified buses in Stockholm.

The researchers approached the modelling employing a novel method to employ the narratives outlined in media and other public documents on the role of biogas and electrification, what expectations there are for the transition, and how it can influence different assumptions and choices for the model. The analysis includes news articles, industry magazines, reports, parliamentary bills, motions, and interviews.

– The aim of the study was to increase our understandings of the motivations and expectations that exist for the different systems in addition to the and overview of potential displacement effects for biogas. We then use this information to build dynamic scenarios in our analysis, says Michael Martin.

Electrification as an ideal future

The analysis shows that the media generally describe electrification as both a desirable and an inevitable development. The arguments presented are that electrification enables fossil-free, clean, and quiet transport. Reduced costs from electrification are also emphasized. Biogas in public transport is also described as fossil-free and as generating significant social benefits, but the benefits are not as prevalent in media.

– In our analysis, we found that the perception that is conveyed via the media is generally correct. The electrification of the city's transport leads to reduced direct environmental impact of greenhouse gases, particles and nitric oxide, and provides significant socio-economic savings by reducing urban exposer to these emissions. However, the effect of reduced noise is not as great as is often emphasized in the media, says Michael Martin.

The study also states that the displacement of biogas from public transport may be a threat to the survival of biogas as a renewable fuel. To avoid stagnation, new markets need to be explored. For example, biogas can grow in markets such as shipping and heavy transport. If biogas replaces diesel in heavy transport or natural gas and diesel in shipping, it can lead to significant environmental and socio-economic benefits.

– With new uses for biogas, it is also possible to protect and strengthen currently existing systems such as the municipalities' handling of food waste in anaerobic digesters, which in the long run can strengthen the regional economy, says Michael Martin.

A final report from the study can be downloaded here

The project has been carried out within the collaborative research program Renewable transportation fuels and systems, financed jointly by the Swedish Energy Agency and f3-Centre.